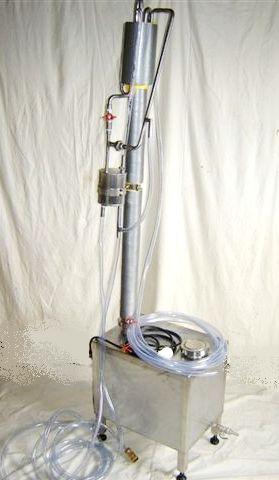 On this page I'll try to describe the way I used to convert a simple push bike into electrically assisted one.
At the beginning I thought to build a proper electric scooter with good range and speed, but the electric scooter is limited by range and if the battery is flat you just have to walk along with your scooter, on another hand the electric push bike is not limited by battery capacity and one can easy pedal it back home without any juice left in the battery, plus there is no certification and license required, and despite of being the push bike - the electrically assisted one can reach speeds over 50km/h (some people are pushing the boundaries and building bikes that capable of speeds exceeding 120+ km/h - absolutely unsafe and dangerous), thus we have the exercise machine and relatively fast and reliable means of transport at the same time.

After a long discussion with myself I decided to get a brushless gearless hub motor, so there is no extra parts to care about, no gears that would drug the bike while push riding and very easy installation, plus the hub motor kit can be shifted to another bike, so there a lot of advantages, once the decision was made I started to recall all those electric assisted bikes and scooters that I saw on the road and one thing in particular - the snail like speed, all those bikes are utilizing a low wattage and voltage motors that are limited in speed and performance and still annoy motorists because they can not feet into the traffic speeds. Thus the motor I choose is 1000w BLDC  48V that capable of speeds up to 55 km/h, with tremendous torque - the wheelie is an easy thing for this kind of motor.
On the picture below you can see the hub motor kit that includes controller, twist throttle, brake levers, battery charger, charge indicator, and in wheel 26inch hub motor.

Thus we get the motor and pre assembled bike from the local warehouse, and now we have to remove the original front wheel from the bike

and replace it with the hub motor.

As you have noticed the motor kit does not includes any battery and voltage must be 48 volt and at least 12 amp so four lead acid 12v and 12 amp batteries are sounds quite heavy and bulky and I decided to build my own NI-mh battery pack that consists of five series strings of 42 cells with nominal voltage of 1.2V per cell and 2.7amp per cell, thus we have five strings connected in parallel to each other to gain amperage, as a result we get 48volt (58V fully charged) 13.5 amp/h battery pack made of 210 cells and wrights only 7kg, -the led pack would be around 20kg.

Many specialists claim that the strings of NI-MH batteries can not be charged in parallel, may be yes, I am not a scientist, but I think that they (batteries) can be charged in parallel as soon as packs are equal and one uses the same length and diameter leads to charge and discharge the batteries
For two years I am charging the similar NI-MH battery pack that formed out of 12 strings in parallel and use a simple 24volt automotive charger and everything is ok, some can say that that way I am abusing my batteries and one day they will fail, maybe they are right, but I do it deliberately, moreover the pack was formed out of discarded batteries that already were proclaimed dead a few years ago, so the pack was absolutely unbalanced and amp ratings, state of charge were slightly different from pack to pack (due to different age and charging pattern), but I believe if you keep the battery pack a little undercharged the strings will balance each other, just do not let the pack to be discharged to absolute zero, or reverse polarity of weaker cells will happened. Plus I truly believe that these talks about  impossibility of parallel charging are made specially to prevent people to use the smaller cells of NI-MH chemistry in automotive propulsion - because there is no high amp sells produced any longer.

On pictures below you can see the battery pack formed and the first experimental charge is performed, the charger is dedicated for  48v 17amp/h lead acid battery, the amp rate of charger is 4amp, and this charger is switches off automatically as soon as battery pack is reaches 59 volts, as you are noticed the each string of our pack has 42 cells instead of 40 cells and if we'll take into account that the normal voltage that should be applied to each cell is 1.55v and in our case just when the charger is switches off the voltage per cell is 1.4 volts, thus we get slightly undercharged battery pack. Despite of  being a bit undercharged this particular pack is capable to carry the 1000w bike for 25km + along, with speed over 40km/h, so slightly undercharged pack is absolutely safe but  the overcharged pack and thermal runaway are lead to real disaster.

To support the weight of the battery we built the heavy duty rack.

and the battery box.

To protect our controller we decided to build an extra box that will be attached to the bike's frame.

The following pictures are showing the wiring and final assembly sequence.

The bike is assembled and ready for exploitation, you can also see the key switch that originally is not included with conversion kit, but I decided to add the throttle disable switch for an extra safety .